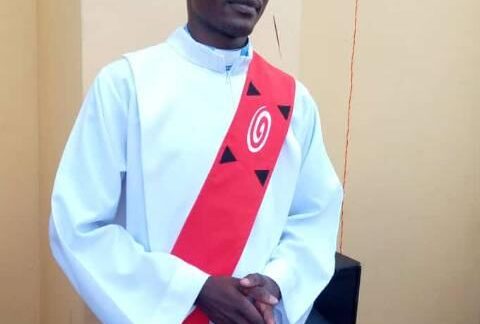 The diocese of Chikwawa will have a newly ordained priest in August 2022. Announcing the ordination dates, the diocesan pastoral coordinator, through a communique indicated that Deacon Peter Tembo will be ordained to the priesthood on 13th August 2022.

“By this communique, be informed that the priestly ordination of Deacon Peter Tembo will take place on Saturday, 13th August 2022 at Chikwawa Cathedral.” Reads part of the communique.

Through the communique, priests, religious, and lay faithful have also been informed that Chrism mass will take place on Monday 11th April at Chikwawa Cathedral.

Deacon Tembo was ordained deacon on 4thSeptemberr 2021 at Zomba Cathedral. He is currently doing the final year of his priestly studies at St peters Major Seminary in Zomba.

Deacon Peter Tembo is the last to be born in a family of seven. He did his primary education at Davie Primary School in Mzimba and Mitole Primary School in Chikwawa. He did his secondary school at Mzimu Woyera Seminary in Chikwawa. After his secondary education, he felt God’s call and went to Kasina formation Centre for a year then Kachebere Major Seminary to study philosophy for 3 years. He hails from Alick Chisi village, T/A Muzikabola in Mzimba district.