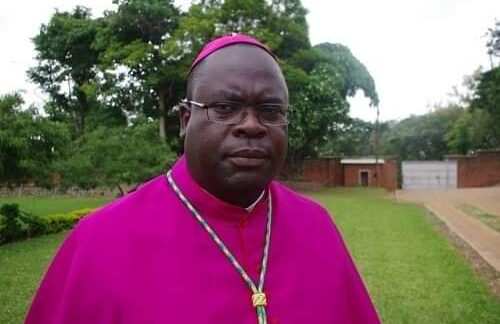 The announcement has been made by His Excellency Archbishop Gianfranco Gallone, the Apostolic Nuncio to Malawi and Zambia.

Born George Desmond Tambala on 11th November 1968, in Zomba, the bishop attended secondary school at Child Jesus, Nankhunda Minor Seminary in Zomba. He joined the Inter-congregational seminary in Balaka where he did philosophy. He entered the novitiate in the Discalced Carmelites Order on 31st 1991. After his theological studies at Tangaza College in Nairobi, he was ordained a priest at Chiphaso parish in Lilongwe on 13th April 1996. He then completed the specialization courses at Teresa-St John of Avila International Centre, and in 2000 he obtained a licentiate in Theology at the Faculty of Northern Spain.

He has held several positions in the church, notable among them being; Postulants master in Balaka and teacher in spirituality from 2000-2002, provincial superior in the mission of the province of San Joaquin of Navarre in Malawi from 2002 to 2008 and Definitor General in charge of Africa and Madagascar and the Order of Discalced Carmelites from 2009 to 2015.

Until he takes canonical possession of the Archdiocese of Lilongwe, bishop Tambala remains in charge as Apostolic administrator of Zomba Diocese.