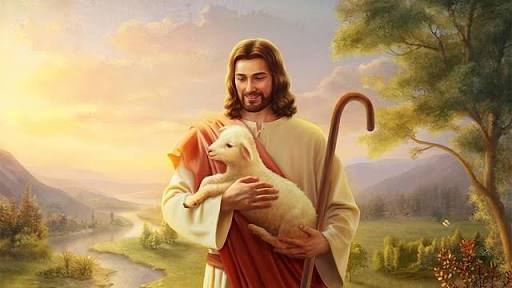 Today, the Catholic Church celebrates Vocations Sunday. On this day we pray for vocations and for those that take part in forming young people as they journey in discernment to serve the Lord.

The first reading gives an account of Paul and Barnabas’ mission in Antioch where in the synagogue, they exhorted the Jews and other followers to keep the faith they have received. The two apostles’ mission attracted many to the Lord such that it displeased the Jews.

As they faced fierce opposition from the Jews, Paul explained God’s aim of prioritizing Jews in His plan of salvation and late to Jews. By this, he announced the universality of salvation to all peoples. And since the Jews reject God’s word as preached by Paul and Barnabas, he and Barnabas leave them and goes on to preach to gentiles. Though induced by the denial of Jews, Paul’s act shows God’s plan to save the whole human race.

The second reading from the book of Revelation exposes this reality as John sees in a vision those that have been saved by the lamb as coming from every people and nation on earth. This means that God calls everyone to salvation and it is up to us to answer his call.

God uses people as instruments of his salvation. In the Gospel, Jesus identifies himself as the shepherd who tends to his flock. It is for this reason that the church sets aside a day to pray for vocations so that the preaching of God’s word reaches every end of the world.

Let us pray for vocations so that God God’s for the salvation of the whole human race is fulfilled.