Vatican announces first World Day for grandparents and the elderly 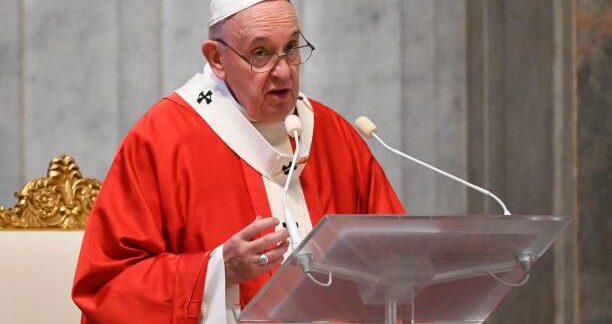 Vatican announces first World Day for grandparents and the elderly

In a world where each passing year means a passage either to uselessness or witchcraft, the plight and dignity of the aged is often compromised. Many are the ills that old people suffer at the hands of the strong, their only sin being advancement in age. They are often neglected and abandoned, and in the African context, they are suspects at every occasion of death.

Societies, world over, have made living conditions for the elderly very miserable. While some societies provide social amenities and home based care in old people’s home, such grandparents suffer psychological traumas such as feeling rejected and useless. In other societies, though the old are incorporated in the society and homes, they often suffer abuse and ridicule. All these make lives of old people miserable and degrade their integrity as human beings.

In view of this situation, and wishing to respond and care for every human need, the catholic church has announced the first ever World Day for grandparents and the elderly.

Pope Francis, through a video message announced that the church shall celebrate the day for the elderly.

In a catch statement “I am with you always” (cf. Mt.28:20), the pope invites every grandchild, young people and indeed everyone to deliver this message of Christ to every grandparent and the lonely elderly members of their communities.

In a communicated message dated 22 June 2021, addressing all responsible for the Family Pastoral care, Cardinal kevin Farrell, who is Prefect for the Dicastery for the laity, family and life, announced that the celebration will be held on 25th July 2021.

“I am happy to convey it to you, along with some pastoral and liturgical guidelines that the Dicastery has prepared for the occasion”, reads part of the communication.

The celebration will be held in each and every local Church, with a special call made to parishes to dedicated masses on this day to grandparents and the elderly.

“we have chosen to give pride of place to the local cerebration of this day, so as to ensure that its joyous message reaches every grandparent and elderly person effectively, even the most isolated. Said cardinal Farrell.

The Church celebrates the memorial of Sts. Joachim and Ann, grandparents of Jesus on 26th July every year.