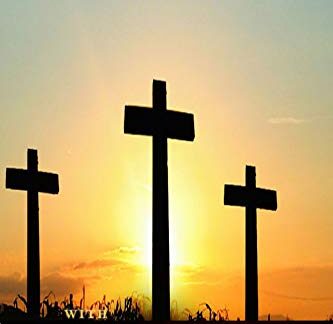 Holy week is a seven-day period of the Christian Lenten season that stands out as the most sacred time of the year. This period commemorates and remembers the last week of Jesus life on this earth. These are the days that lead up to the great Easter feast. This period signals that the Lenten season of sacrifice and self-denial is about to come to an end. Its greatest focus is the passion (suffering and death and the resurrection of Jesus Christ, with some events leading to that climax.

Documented in history, the early Christians began celebrating this week in the fourth century. It was a period held with profound sense of sanctity.

The celebration begins with Palm (Passion) Sunday which recalls and celebrates Jesus’ triumphant entry into Jerusalem. The central feature for palm Sunday just as was the case in the early days is the procession with palms. These were blessed and borne in procession to the church, where the entry is made with a certain amount of ceremony, after which mass is celebrated. Another notable feature for this celebration is the reading of the gospel of the passion by multiple readers. Suffice to mention that after the ceremony, congregants take the blessed palms or branches home to serve as a reminder of the victory of Christ, which they have celebrated in the procession. The same palms or branches are used to make ashes the following year in preparation for the Ash Wednesday prior to beginning the other season of Lent. As such, Pastors and the Liturgical Committee are asked to “make every effort to ensure that the procession in honour of Christ the King be prepared and celebrated that it is of great spiritual significance in the life of the faithful”.

Another notable celebration within Holy Week is the Chrism Mass. At the Chrism Mass on Holy Thursday morning the bishop, concelebrating Mass with his body of priests, blesses the oils and consecrates the chrism. In some dioceses, for pastoral seasons, Chrism Mass is celebrated on a different day within the Holy Week. At Chrism Mass priests renew their sacred vows.

Despite being a seven-day period, the holy week has three standout days that form the Easter Triduum. The Easter Triduum begins with the evening Mass of the Lord’s Supper, reaches its high point in the Easter Vigil, and closes with evening prayer on Easter Sunday.

On holy Thursday, the church reenacts the Lord’s last supper, a banquet he shared with his apostles on the night he was betrayed and arrested. The Holy Thursday liturgy stands as one of the most beautiful liturgies of the whole liturgical year because on this night Jesus did not only institute the holy sacrament of Eucharist but the ministerial priesthood as well.

On good Friday, the church remembers the day Christ was crucified and died. The cross takes centre stage such that within the commemoration, Christians venerate the cross.

This day’s service is held at three o’clock in the afternoon, the hour Christ is believed to have died. In our local setting, Christians observe the way of the cross, whereby the faithful carry the cross in turns to cover a certain designated distance with stations of the cross marked for special prayer and reflection. This is often done outside the church.

In the later church service, Christians go forward to show reverence and honor to Christ’s sacrifice offered for our sake. This may take different forms according to the traditions and customs of the people. Since on this day it is Christ the high priest offering himself to the father, no ordained minister consecrates the Eucharist. All receive communion reserved from the night before, which was adored and kept in the tabernacle.

Holy Saturday is a vigil. All keep watch and expect the rising of the savior. This is the day he went down into the netherworld in order to bring back with him to heaven those who died before. Faith teaches us that it was only until this time that the gates of heaven were opened since all had fallen short because of the sin of Adam. So on this night, those who had spent months or years of preparation are received in the church through baptism and confirmation. This climaxes the joy of Christian celebration.

Thus having wholeheartedly engaged oneself in living the entire paschal cycle i.e. lent, Triduum and Easter’s fifty days, one discovers that this can change them forever. This is so because at Easter triduum we immerse ourselves into the fundamental mystery of what it means to be Christian. We suffer with Christ so as to rise with him. We are called to clear off our schedules of unnecessary activities. We set our minds and hearts on Jesus and what he did for us. We bear the cross so that we are worthy of wearing the crown of glory that he wore.

Note: 1. The Church encourages that Lenten season should be concluded, both for the individual Christian as well as for the whole Christian community, with a penitential celebration, so that they may be helped to prepare to celebrate more fully the paschal mystery.

2. Due to Covid – 19 pandemic, some of the rites that are normally conducted through the Holy Week will be omitted as a preventive measure.